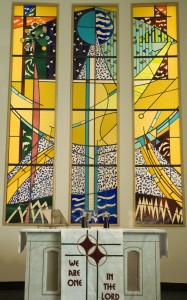 There is a known need for sponsors of refugees from various countries being resettled in the United States.  This proposed congregational response is to sponsor one refugee or refugee family during 2017 under the auspices of Lutheran Social Services of the National Capitol Area (LSS/NCA).  Funding for some or all of this effort is sought for inclusion in the 2017 mission spending plan.

Refugees:  Who and How Many

Lutheran Immigration and Refugee Services (LIRS) defines refugees as “people for whom escaping to another country is the only means of survival … because their own government cannot or will not protect them, or who have been persecuted for their religious or political beliefs, or who are fleeing war or genocide, or who are brutalized by a military regime.”

The world is facing the largest global refugee crisis since World War II:  Currently 21.3 million people around the world have been forced out of their homes because of war or civil unrest; this includes 10 million children.

Various conversations led to organizing a committee to study the possibility of hosting a refugee person or a refugee family due to the known need.  LIRS [one of nine agencies recognized by the US government for resettling refugees] was contacted and subsequently referred us locally to Lutherans Social Services of the National Capitol Area [LSS/NCA].

The committee will be comprised of Glen Sea as chairperson, supplemented by several persons who have shown interest in and support for this ministry.  Although this proposal was initially put forward to First Trinity, Saint Matthew’s Lutheran Church has joined this ministry.  Other members of both congregations will be given opportunity to assist in specific tasks of their choosing.  Megan Van Etten is the council member liaison for this effort.

On the path to regain independence, LSS/NCA provides refugees intensive case management, cultural orientation from its trained staff of professionals, and other services to gain self-sufficiency.

Congregational hosting involves various levels of commitment for specific time-frames of 3, 6, and 12 months depending on the tasks [housing, mentoring, and other support].   The immediate need always is housing: an apartment furnished and stocked with initial supplies of food, some clothing, and other common items.

Members may volunteer to mentor the refugees about daily tasks like using an ATM, riding the Metro, grocery shopping, and learning about the neighborhood.

LSS/NCA recommends an initial monthly budget of $2-2.5K for housing and other expenses, decreasing by one-fourth each subsequent quarter as the refugees become employed and more self-sufficient.  On this basis, the annual cost would be $11,200 to $14,033.  But, we have secured a three-bedroom apartment for $750/month, including utilities = $9,000 annually for housing for the first year. 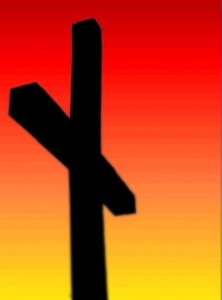